Upon my departure from the states, the very first thing I noticed was the diversity of language that chattered around me. My initial reaction was utter amazement yet recognition: I had committed to a four month exchange program in a country whose language I’m all but familiar with, so naturally I would be forced to continually interact with the language barrier. While I travel quite often, I have never felt so estranged until the reality of it all hit me. What I was experiencing was just a side effect of culture shock, having left the familiar comfort of Texas and onto a four-month experience across Europe.

On the first leg of my flight from Houston, I sat next to a kind German lady who was traveling back home with her eldest son. Though we didn’t share a common language, we were able to connect through facial expressions and hand gestures. Every so often she would sprinkle a few words in English to the conversation, to which I would respond with excitement while registering how little I knew of her native tongue. Having crossed the Atlantic Ocean, I was now in Frankfurt and said my farewells to the lady as she wished me luck on my journey. Despite traveling alone and having abandoned my native tongue in the last few hours, I felt at ease in the foreign land, having known that her wishes for me were a part of a universal language. That is, the universal language where love predominates and there is supreme value in caring for your neighbor no matter your differences.

After a 3-hour layover and a 3-hour flight, I was finally in Istanbul: where I would meet my parents for a day and a half stay in the beautiful city. Not to my surprise, I was greeted by the same language barrier, this time in a country I had never been to before. Rolling along a black carry-on, I navigated my way through the Istanbul-Ataturk airport, relying on pictograms of arrows and suitcase symbols to find my way. Fast-forward two hours, I was reunited with my parents and we set for the hotel. While I could recount my story of exploring Istanbul with my lovely parents, the majestic Blue Mosque, the many friendly dogs wandering Sultan Ahmed Square, and seeing snow for the first time in 2016, that’s not why I’m writing to you today.

What I experienced was more than sightseeing. While I was far away from home and out of the loop on social media (the means in which I communicate with my friends), I was able to see what I normally would take for granted. Let me explain what I mean. In the states, the comfort of being able to communicate to anyone and everyone comes as second-nature. Whatever I need, I can express with mere words, not much stress would resonate on expressing myself through facial cues and hand gestures. Admittedly I am one to talk heavily with my hands, waving them out and about to express with enthusiasm what I’m trying to say. While this comes naturally to me, I could still express myself just as easily without using my hands. Therefore, it’s natural to take for granted the ease of communicating using a single-tool: words. In France, I lack the luxury of talking my way through a situation, as I don’t really speak all that much French. These past few days I’ve been relying on other tools to communicate: hand gestures, facial expressions, and the occasional sprinkle of French in my English sentences.

I’m now sitting in my room and reflecting on my day. At the Massy-Palaiseau metro station I lost my day-pass ticket and found myself stranded at the other end of the “sortie” turnstiles. I looked through my purse, unzipping and double-checking every pocket for the tiny piece of paper that would permit my exit of the station. Two men on the opposite side of the turnstiles watched me as I nervously shuffled through my belongings. Moments later, one of the men handed me his Metro card, motioning for me to scan it in order to exit the turnstiles. I took it from him and immediately thanked him in French, as a massive grin formed on my face. This little act of kindness echoed in my thoughts for the rest of the evening.

I was reminded of the kind lady on the plane who wished me luck; though we didn’t share a language we shared a feeling, rather, a moment in time where human nature reigned and complete kindness was the universal language. I thought to myself how underneath the different social orders, cultural contexts, and actual language differences, we all share a common ground in the way that we look out for each other. This sliver in time made me reflect on how beyond our physical differences, human nature is a cycle of shared common experiences, and the language barriers we come across are just the translations of that experience. The many different languages on this planet merely translate the underlying actions and desires we harvest. There’s love, hate, kindness, jealousy, envy, hope, compassion, fear, sympathy, and empathy to name a few. Though those are just words, the feelings and actions attached to the words are shared among the billions of people on this earth.

I’ve been in this beautiful country for just over a week and my fear of the language barrier has dissolved into appreciation. I’ve become friends with Americans across the states, Argentinians, an Australian (whose accent I could listen to all day), Brazilians, Canadians, two lovely Irish ladies, Italians (“maaaaa dona”), and Spaniards. I can honestly tell you that at all times I’m surrounded by people whose stories, languages, and experiences are extremely different than mine, and I am so completely thankful for that. The richness of all that surrounds me reminds me of how grand our world is and how there’s so much left for me to discover. 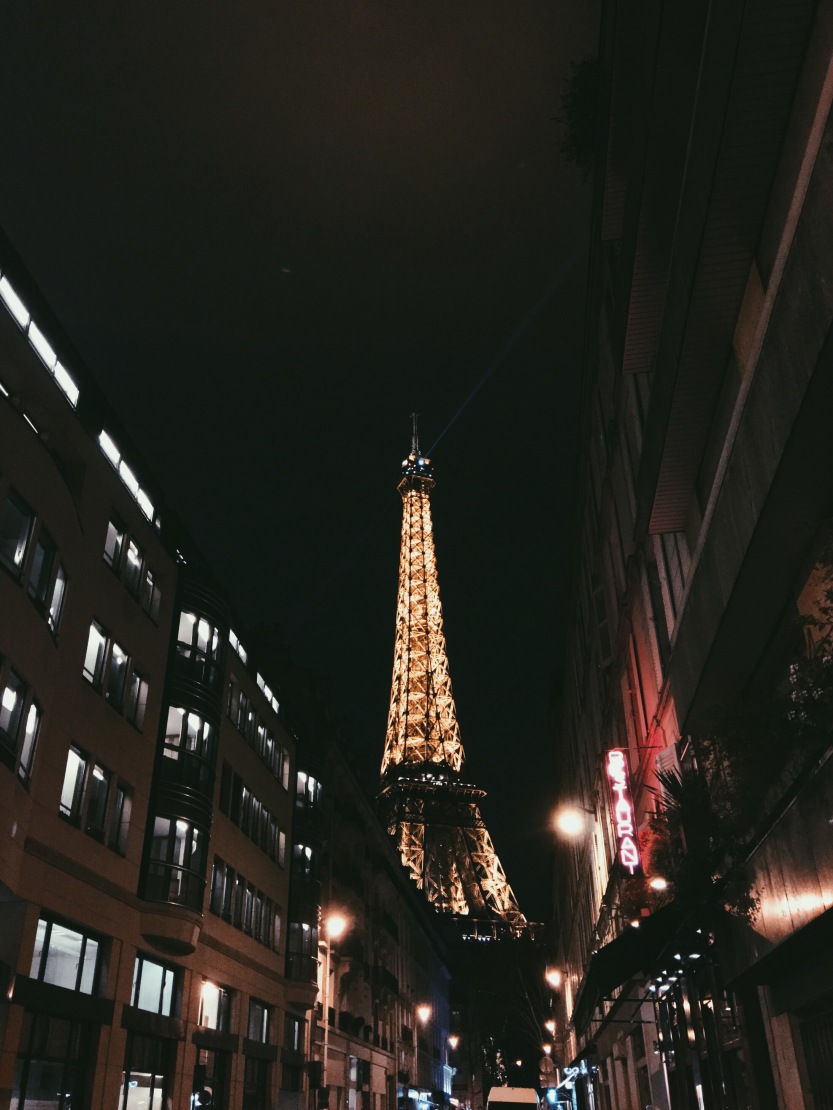 My bottom line is this: don’t let the language barrier scare you. Sure, it’s a little overwhelming at first. But look beyond it, look beyond the words and look at the actions beneath them. Words are just translations of actions and actions are universal. We all share the same language, and that’s the language that will open your mind and feed you experiences.

I’m a proud alumni of the University of Texas at Austin. Finance turned consulting professional. Lover of white nail polish, creative writing, and Spanish architecture. I believe it's important to laugh at yourself and not take everything so seriously. Stargazer? I'm not good at bios. You should probably read my blog.